If you could believed there are 7 New Wonders Cities. Do you want to know which country is in this year and you might consider to step your foot before anyone else. Precisely, you leave in the area and never knew about it.

The New 7 wonders Cities are voted globally last year and announced December 2014. I'm kinda late to post this article but I wanted to publish it. 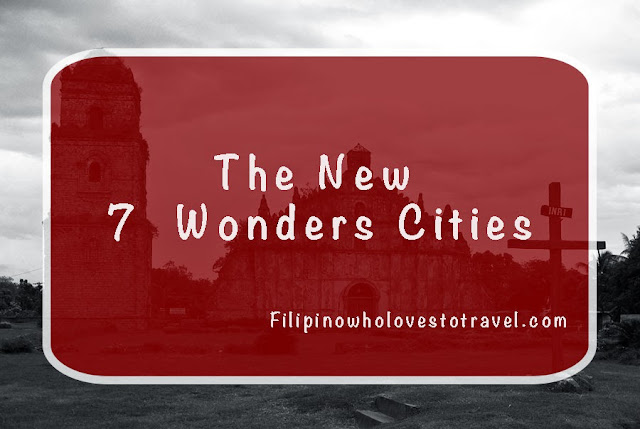 1.Havana, Cuba-It is located at Cuba and known for the Spanish Colonial architecture of its 16th-century Old Havana core. Yay! I love history and this kinda "me" in terms of  travel preference.

2. Doha,Qatar-One of the richest country in the world and known in  natural gas and oil.


3. Beirut,Lebanon-This is located in Asia and one of the place you might wanted to visit.

4. Vigan, Philippines-is located in the Northern,Luzon and the known its spanish architectural which where build in 18th century.

5.Kuala Lumpur,Malaysia-is the capital of Malaysia. I've visited this country year 2006 and he city is also home to British colonial-era landmarks.

6. Durban, South Africa-this coastal city is known for an  Indian and colonial influences.